The design of the Hobey Baker trophy is a classic in sports awards. At 16 inches high and comprised of 40 pounds of bronze and etched acrylic, it is notable for its rich detail work, including a stitched jersey and lettered hockey stick.

Sculptor Bill Mack was the designer. A Minnesota native, Mack is an internationally known artist whose work can be seen in venues like the National Basketball Association Hall of Fame, where his sculpture of basketball great Kareem Abdul-Jabbar greets visitors in the museum's entryway.

Mack began the lengthy process of designing the Hobey Baker trophy with a search for a model—a search that ultimately led to Steve Christoff. Christoff was a star player for Minnesota's Richfield High School and the University of Minnesota, and later played for the 1980 U.S. Olympic Hockey Team and the National Hockey League. 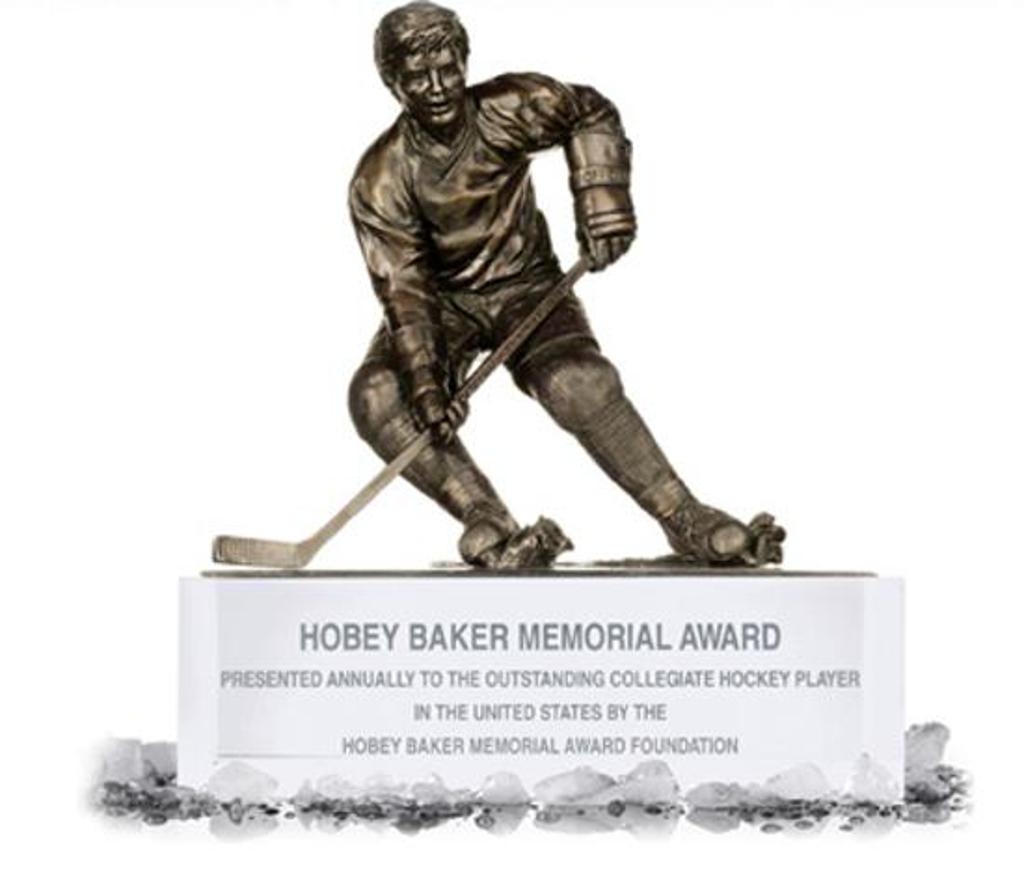 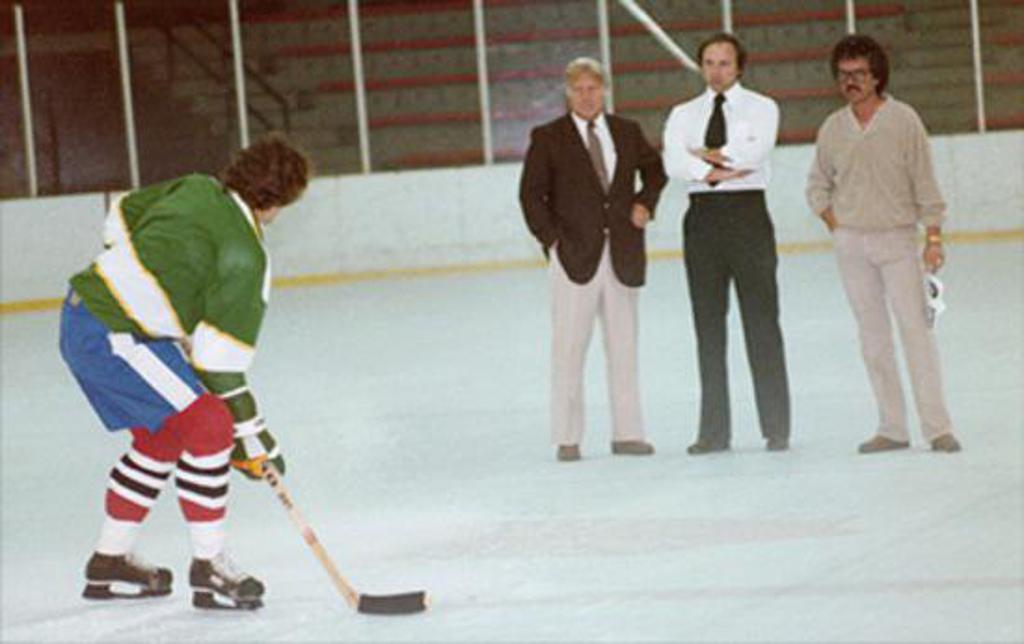 More than 50 skating poses were analyzed with practical (trophy weight and sturdiness) and artistic considerations taken into account. The final choice was a picture of a skater stopping quickly, with ice shavings flying and stick and skates forming a three-point base.

Christoff was photographed in that pose from a variety of angles, and the photos were broken down in painstaking detail. A charcoal drawing of the proposed trophy was presented on April 1, 1980 at the East-West All Star Hockey Game luncheon in the St. Paul Civic Center, at which time the Decathlon Club publicly announced its award intentions.

Mack turned the drawing into a stick figure that was soon covered in clay, and then plaster-baked in the Decathlon Club's ovens. The finished product was the bronze trophy that has become college hockey’s most prestigious symbol of individual excellence.

The initial trophy was presented at the first Hobey Baker Memorial Award banquet, held at the Decathlon Club on April 1, 1981. The Foundation creates two trophies annually—one for the Hobey Baker Award winner, and a second for the winner's college. The original casting of the trophy is on display in the Xcel Energy Center in St. Paul, Minnesota. 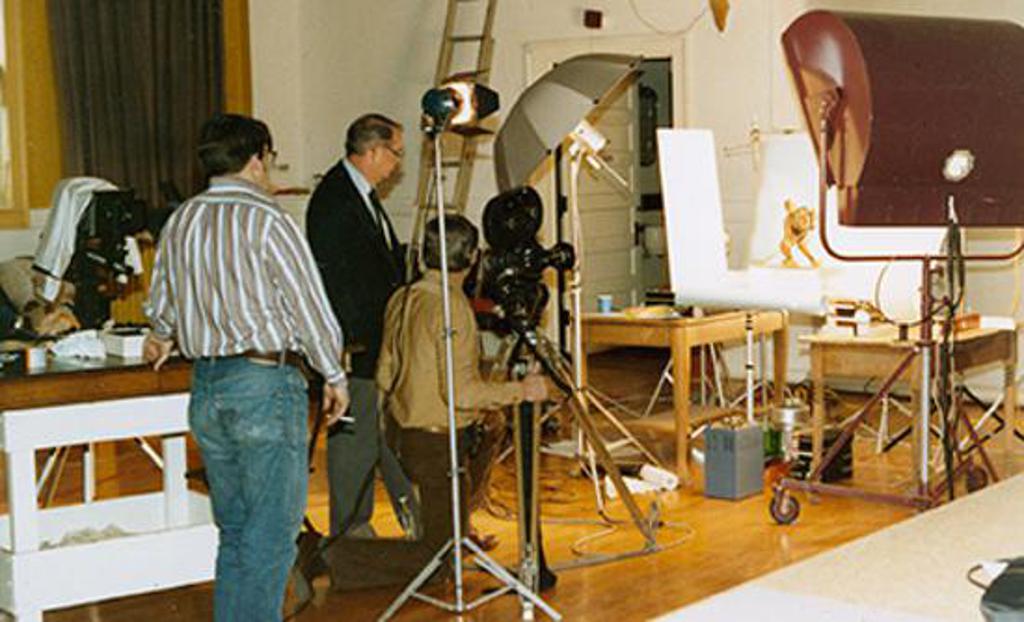