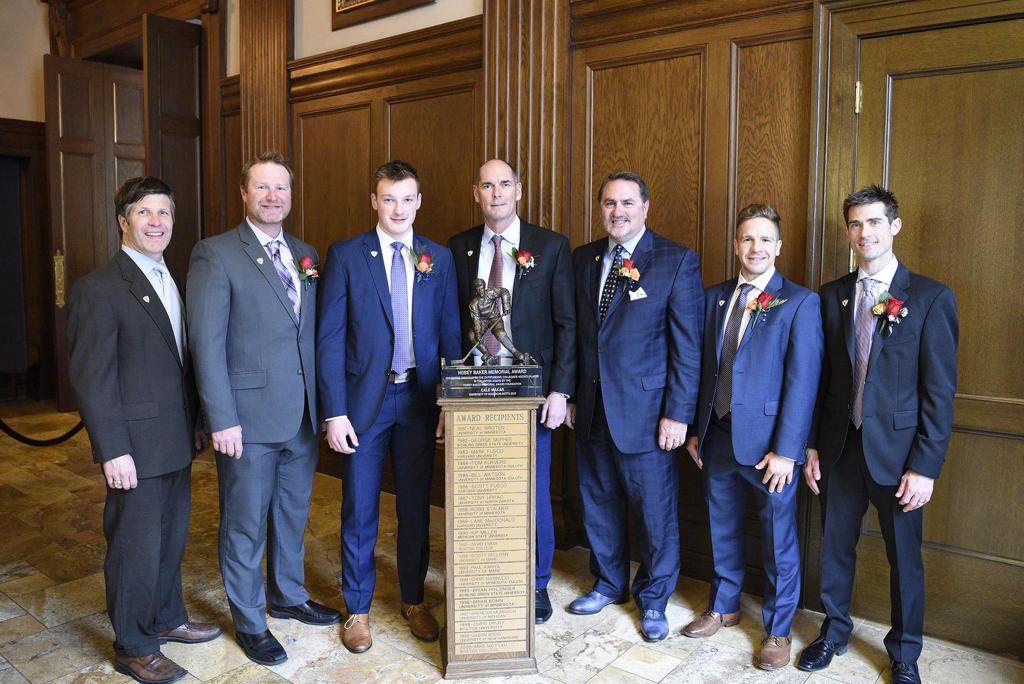 A s far as I know, there aren’t any retired hockey jerseys in the rafters of the Mullins Center.

There’s good reason for that: those guys elevated the program in their respective eras in ways that warranted their immortalization above the Mullins catwalks.

Cale Makar belongs there too. Makar is one of the best UMass athletes of all time, up there with the Cambys and Ervings of the world who left an indelible mark on the athletic department as a whole. Capturing the Hobey Baker Award on April 12, Makar was just the seventh UMass athlete to win a major national player of the year award and the first in 20 years.

Makar was one of those special players. Makar did things that other guys didn’t do, and UMass fans were lucky to have seen him up close for two years. He had those moments that stick in your mind: the coast-to-coast goal to keep UMass alive against Vermont, the one-timer to put away Notre Dame in the NCAA tournament. 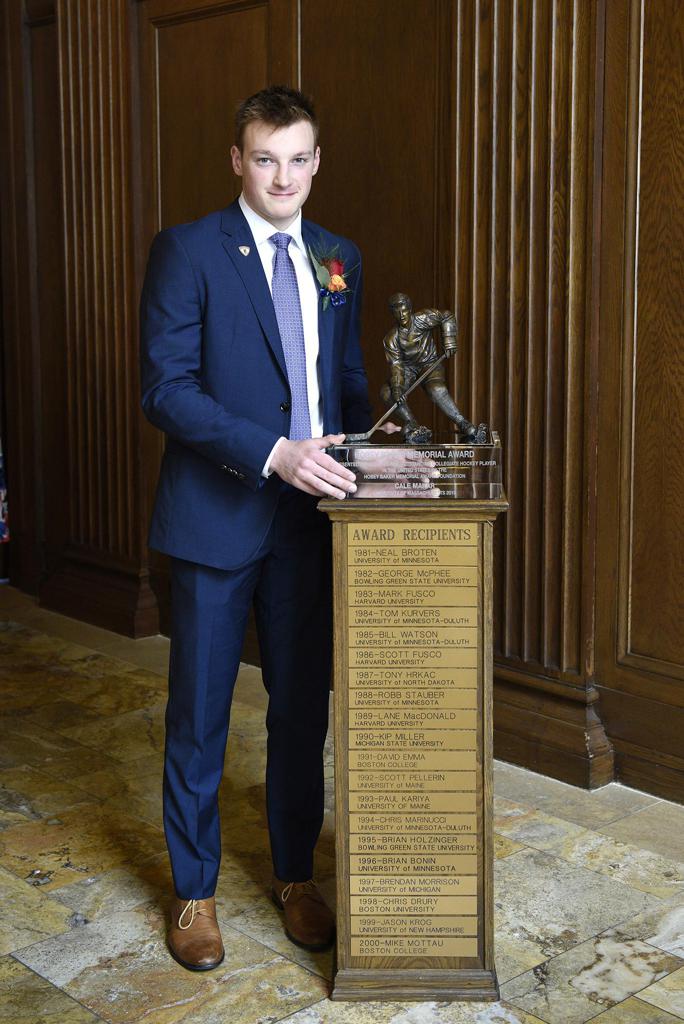 He had shifts this season where he’d string together more positive plays in 45 seconds than some defensemen do in a game, where he’d put two players on their backsides before saucing a pinpoint pass through the crease, lay a big hit, then stick lift someone to win the puck back and start the cycle all over again, all in a minute’s work.

He was individually brilliant, but he did even more for the program.

It’s been said a thousand times — Cale Makar elevated the program. The whole “NewMass” thing gets a lot of play, but the culture is real, and it may have started with Greg Carvel, but Makar was its finest exponent.

In 2016-17, the Minutemen won five games. That number tripled in Makar’s first season as UMass won 17, and even that number nearly doubled as the Minutemen won 31 games and were one ridiculous Minnesota-Duluth team away from a national championship.

But Makar was firmly at the center of it.

Makar exemplified the culture Carvel wanted to create, and it takes a very special athlete and a very special person to do what he did. I’m not going to dive deep into Makar’s poise and humility, but he had both in spades.

While we were in Buffalo covering the Frozen Four, I had a conversation about this with my colleague Ryan Ames at a Dunkin Donuts by our hotel. One of the things that really stuck with me was a video posted on Twitter by UMass fan Timothy Nadeau, whose profile picture, it’s worth mentioning, is who I presume are his two young sons posing with Makar.

The boys re-enact Makar’s bomb against Notre Dame, with one playing the role of Del Gaizo sliding the pass across the living room carpet that serves as an imaginary blue line, while the other buries the one-timer as they commentate over their own imaginary heroics.

I think about that video a lot. I think that’s Makar’s impact. I think there’s a swath of young hockey players in Western Massachusetts that will see Makar the way young basketball players around these parts saw Camby in the mid-1990s. I think there are kids who will wear the number 16 when they start playing competitively, because of Cale Makar. 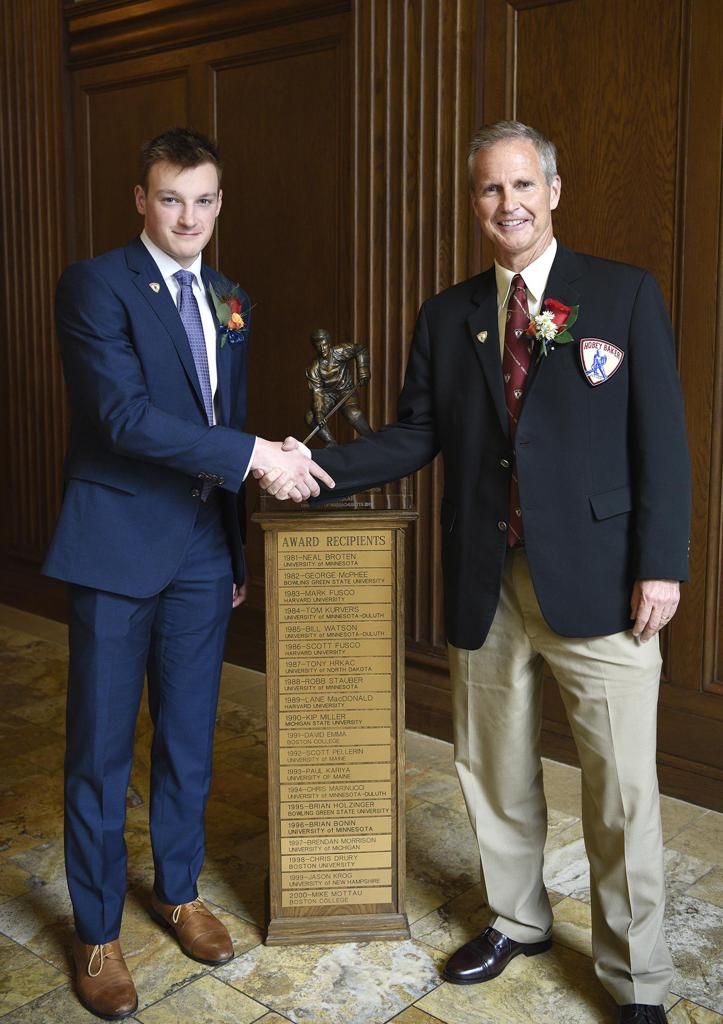 Ryan and I both got the chills just talking about it.

In bringing UMass hockey back to relevance, Makar made a real mark on hockey in the region, and thoroughly deserves a spot in the Mullins rafters aside Camby, Erving and the legendary Minutemen that preceded No. 16.

Both for what he did for the Minutemen that played beside him, and those who will follow him. 2019 Hobey Baker Memorial Award Recipient Cale Makar 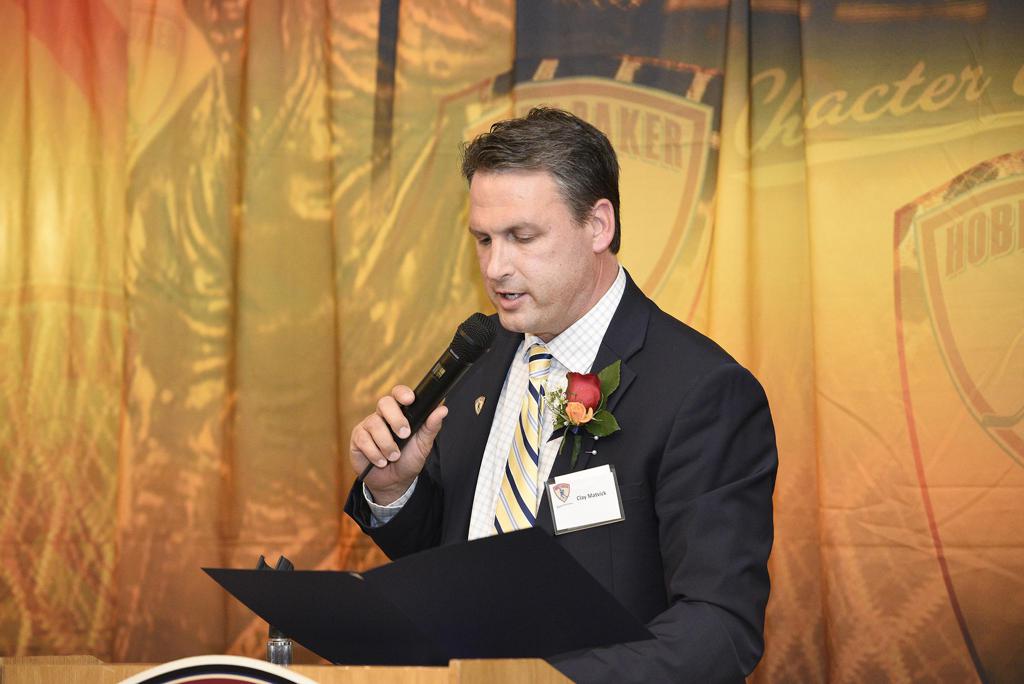 Clay Matvick, play-by-play announcer for ABC and the ESPN networks. 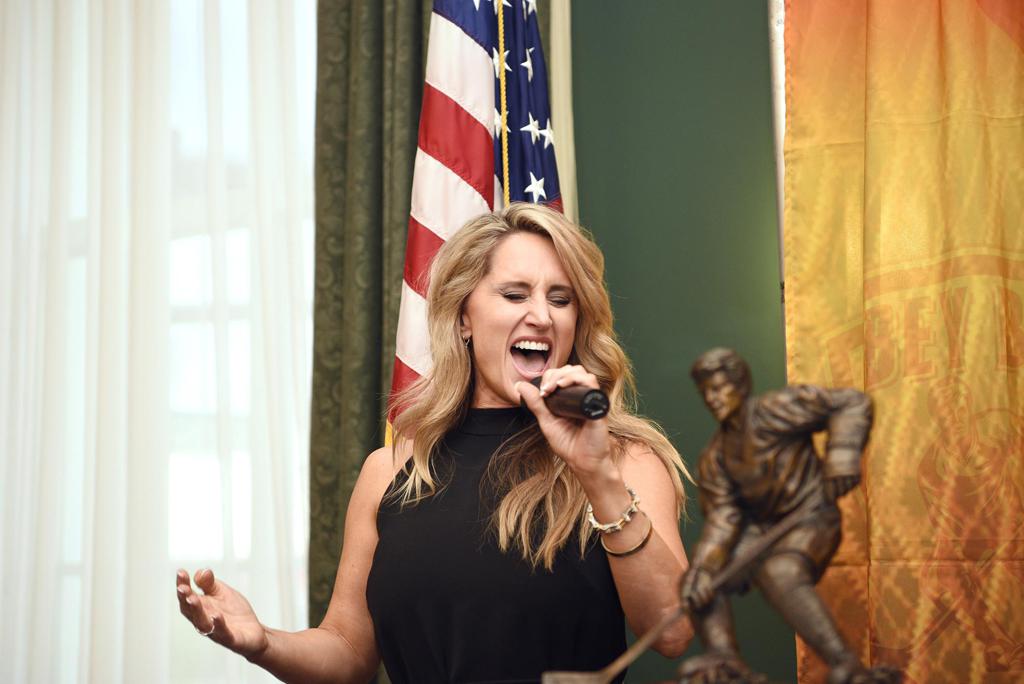 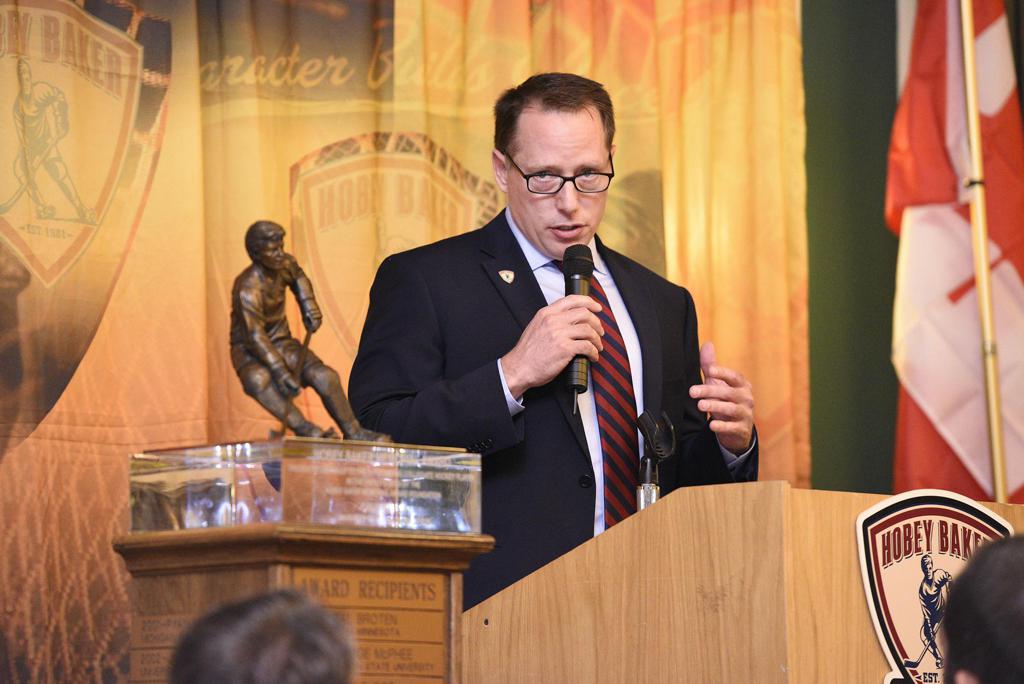 Greg Carvel, head coach for the UMass Minutemen of the Hockey East conference. 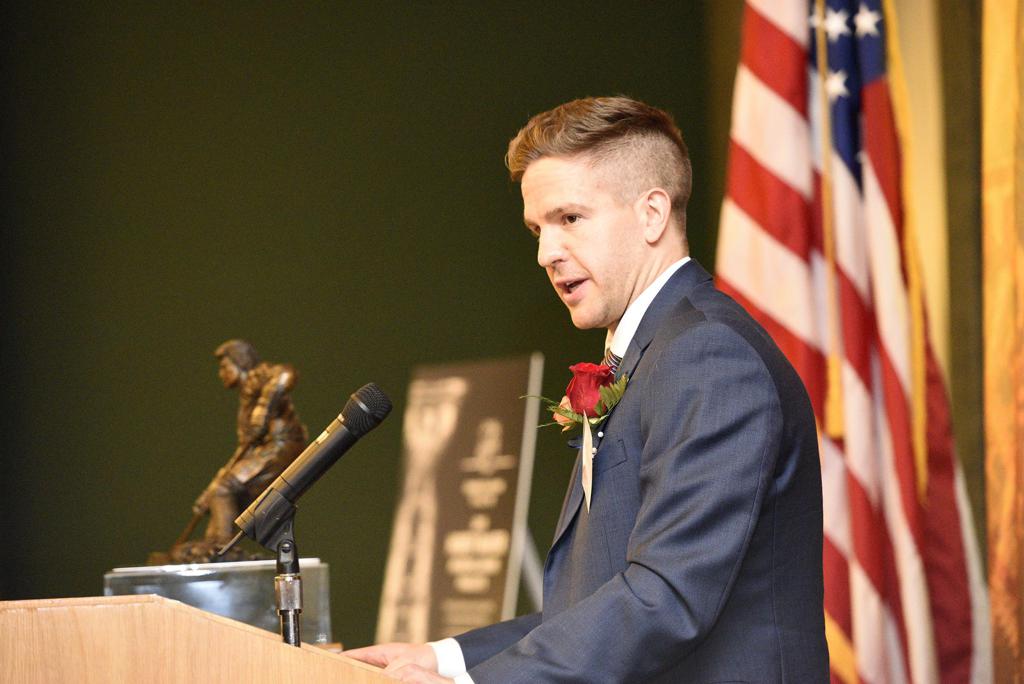 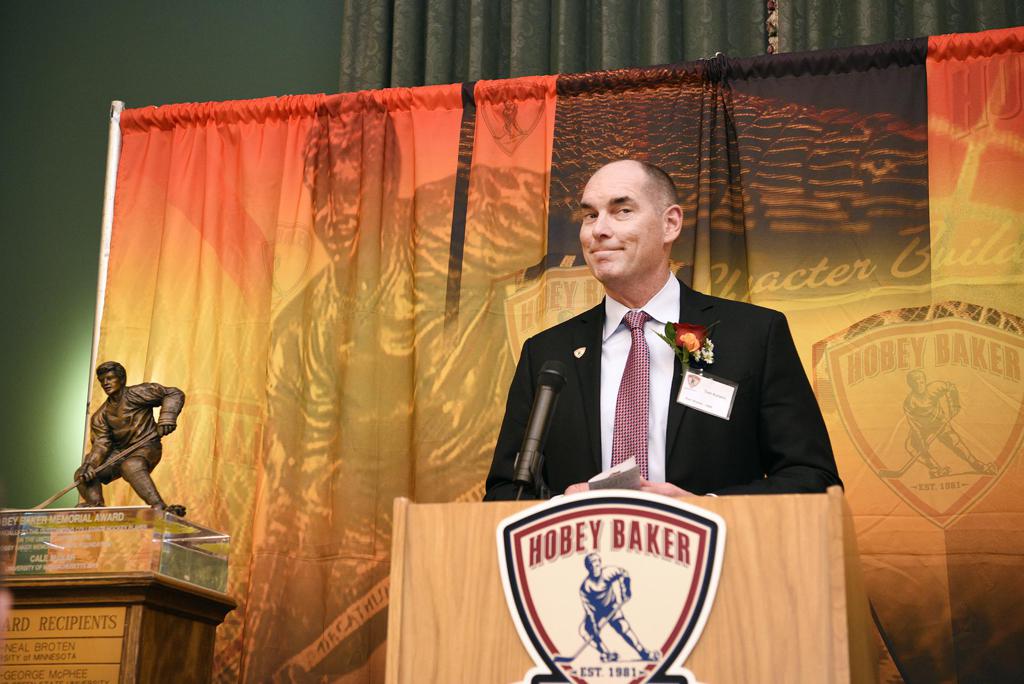 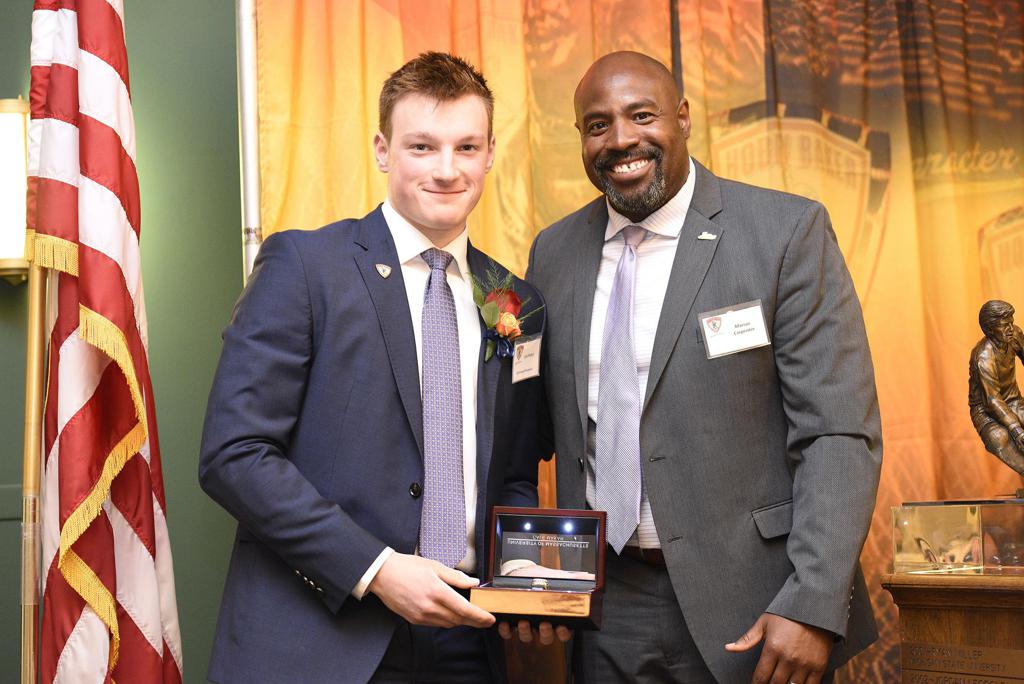 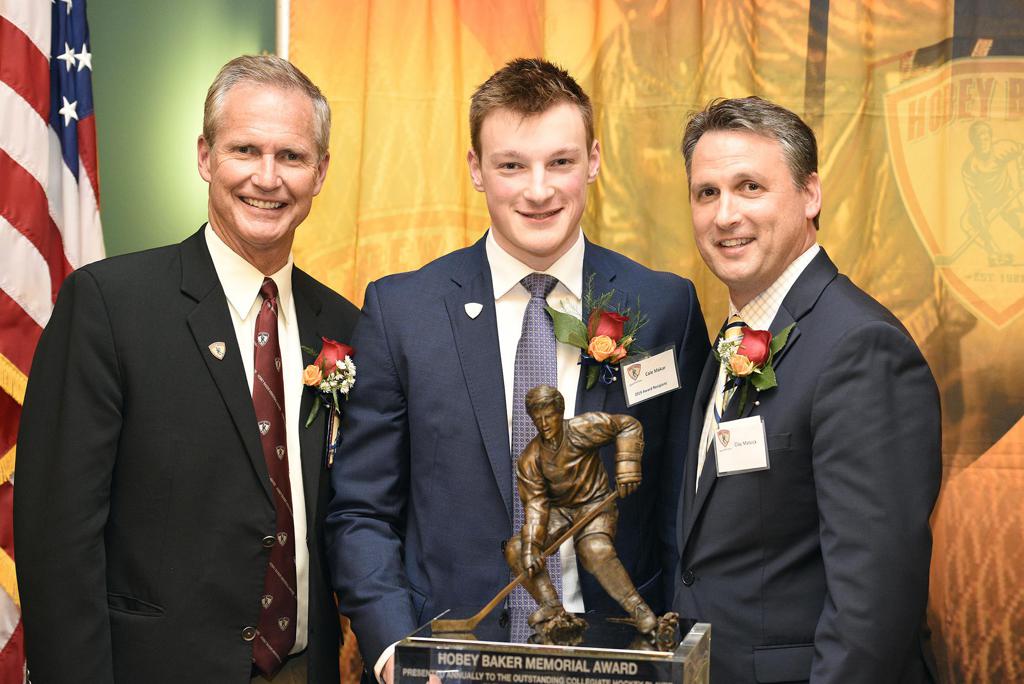 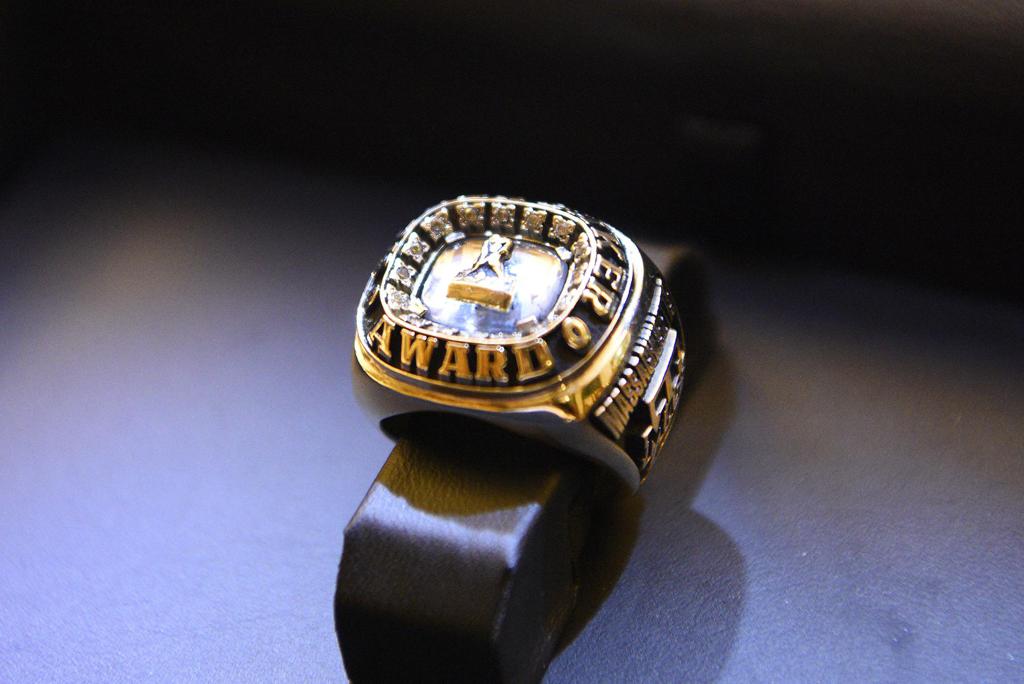 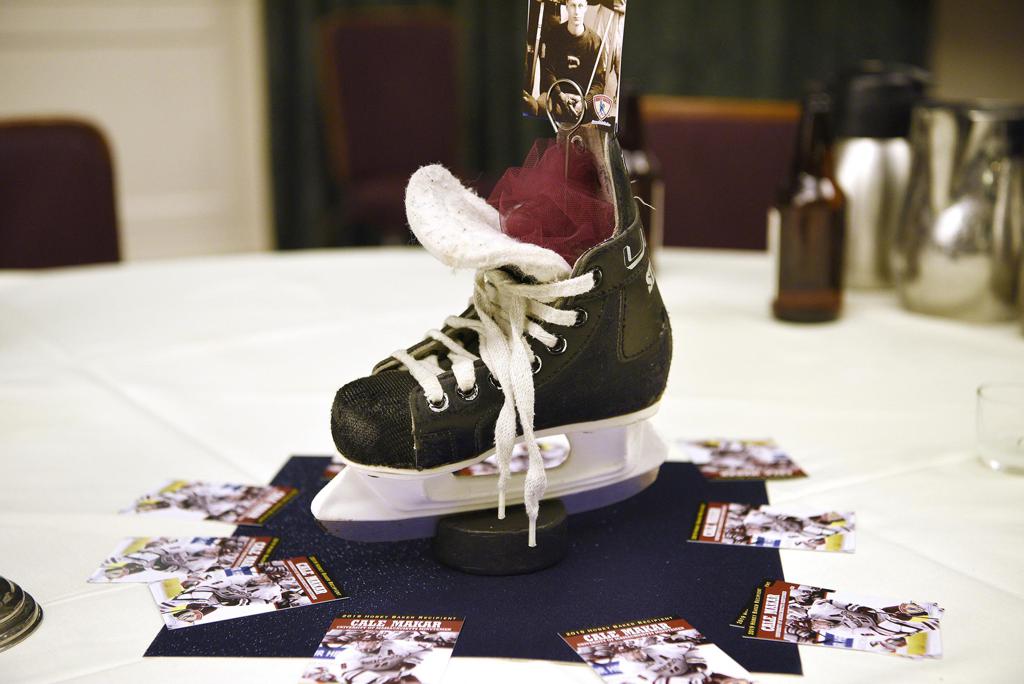 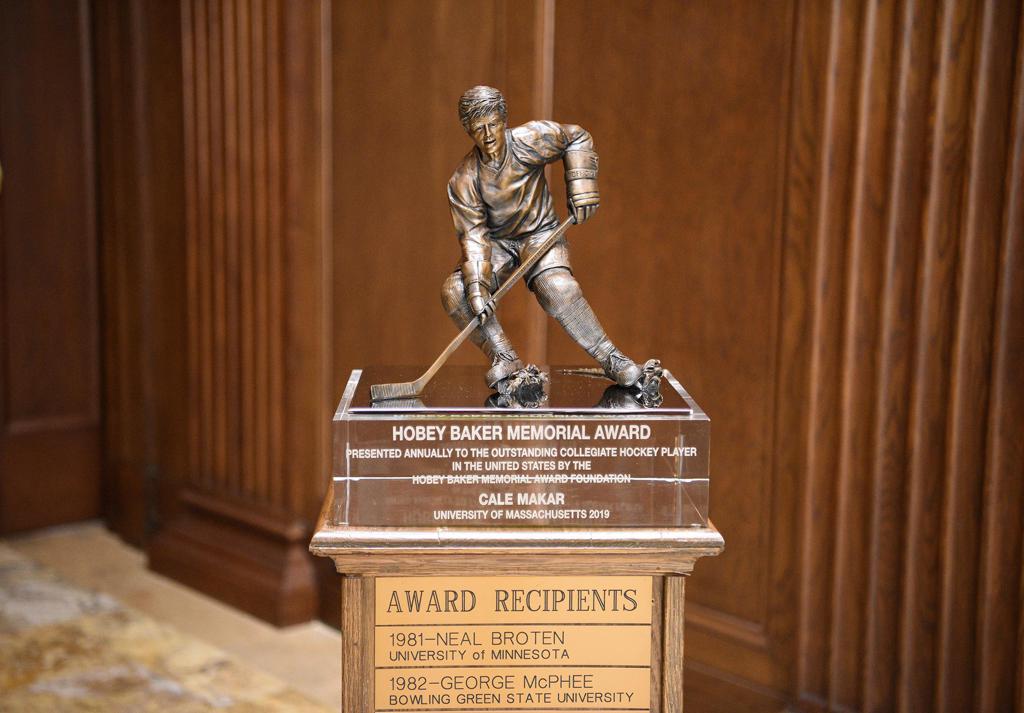